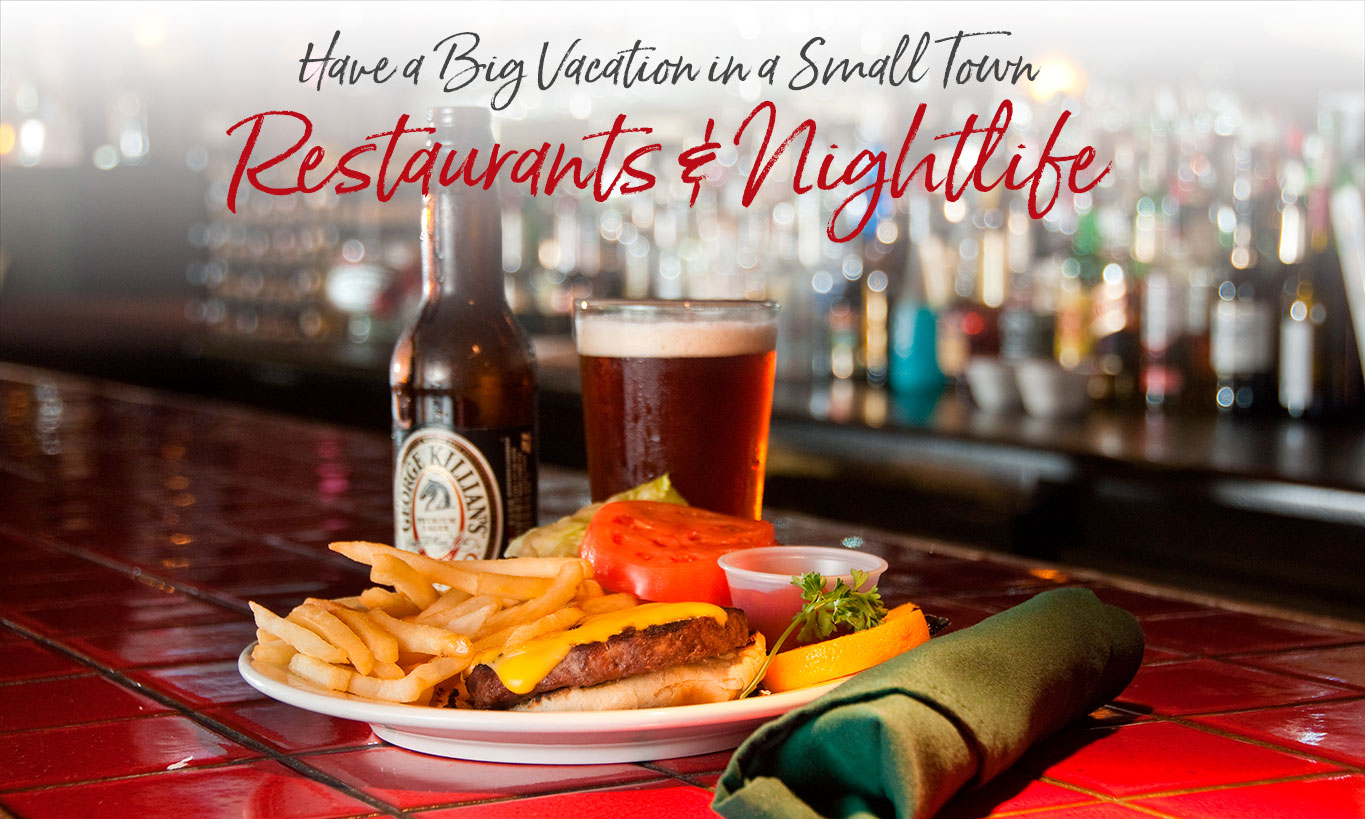 Bryson City’s Area Restaurants Offer Something for Every Taste

For a small town, Bryson City has quite a variety of restaurant choices — from southern home cooking, hickory-smoked barbecue, piled-high deli sandwiches, and juicy hamburgers — to gourmet meals, farm-to-table offerings, and ethnic foods like Italian or Mexican. We’ve even got an old-fashioned family run drive-in.

There are Nantahala Gorge restaurants where you can watch whitewater rafting riverside, or have a quick lunch before spending an afternoon on the water.

for pet friendly outside seating.

Looking for a place to picnic? Check out our map of picnic areas.

Where to Drink Beer with Your Dog in Bryson City

Find a favorite spot to share with your special doggo.

Restaurants
The town of Bryson City permits the sale of alcoholic beverages within the city limits; and a number of Bryson City restaurants offer beer, wine and mixed drinks.

In Cherokee, beer & wine may be served at certain restaurants that are within one mile of the Blue Ridge Parkway entrance (north end of Cherokee). Beer, wine and mixed drinks are served in the Harrah’s Casino & Hotel restaurants and on the Casino floor. The remainder of the Cherokee Indian Reservation is dry.

Because of differing policies, restaurant patrons are advised to check with the restaurant ahead of time.

Beer, wine and mixers are sold only at grocery stores, convenience stores and package stores within the city limits. Hours vary from store to store, but are allowed to be from 6 am to midnight, except on Sunday, when sales are permitted from 10 am – 2 am. The Wesser General Store in the Nantahala Gorge sells beer and wine (open seasonally).