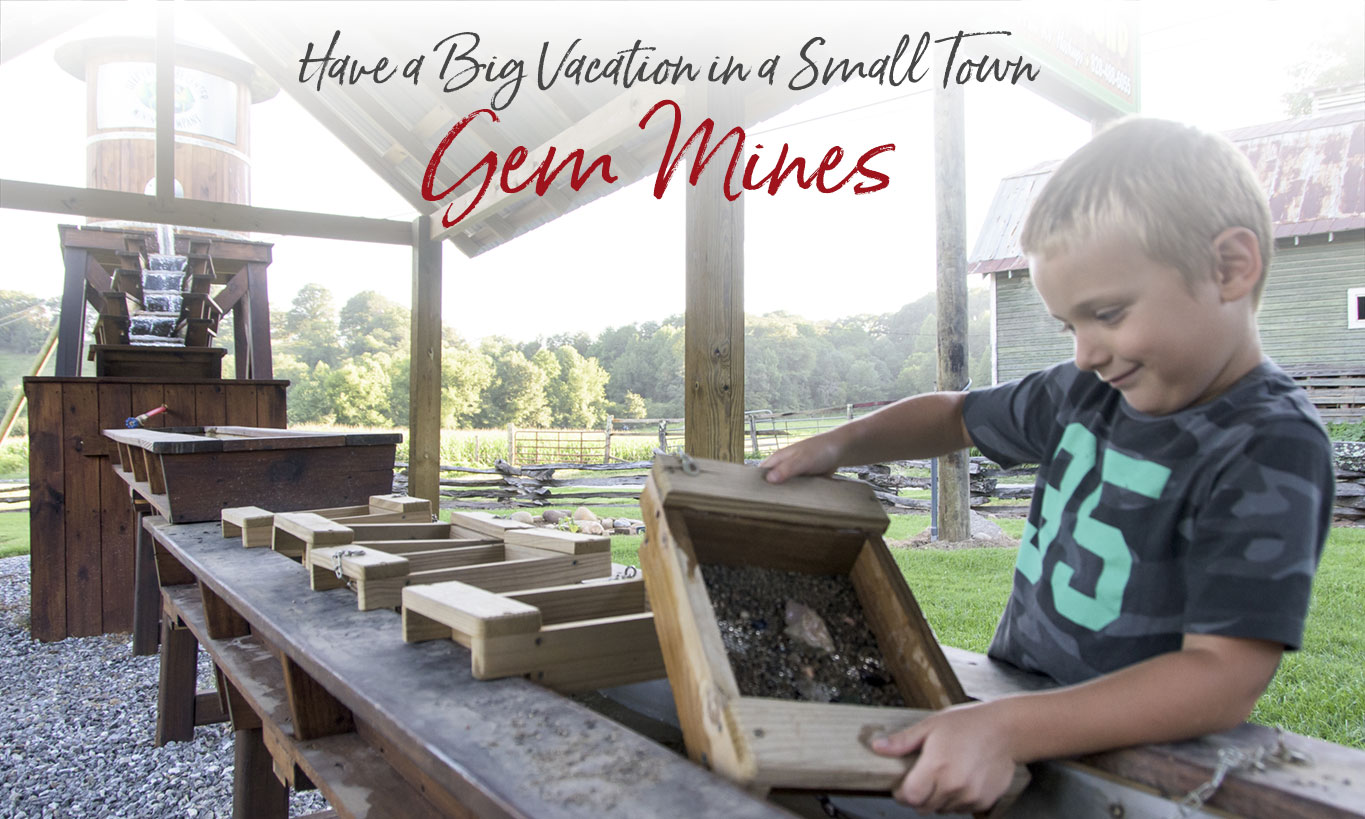 Panning for Gems, a Great Family Activity in the North Carolina Mountains

Most mines sell gem dirt in a bucket or bag. You are provided with a screen for washing and there is a flume – a trough of running water. You pour some dirt in the screen, dunk the screen in the water and the water washes the mud away. It is an inexpensive activity that young children especially will enjoy. See what gems and quartz you can find!

The History of WNC Gem Mining

Mining for ruby and sapphire began in the Western North Carolina mountains in the late 1800s. Called corundum, the minerals were mined commercially to use as abrasives on everything from sandpaper to large machines used in machining metals, plastics and wood. Corundum and other minerals, mica and kaolin were shipped out of the mountains in large quantities. Mining companies had an interest in the area, hoping to find the source of the rubies found in the corundum mines. Their search ended in the early part of the 20th century leaving the area open to rock hounds and gem enthusiasts.