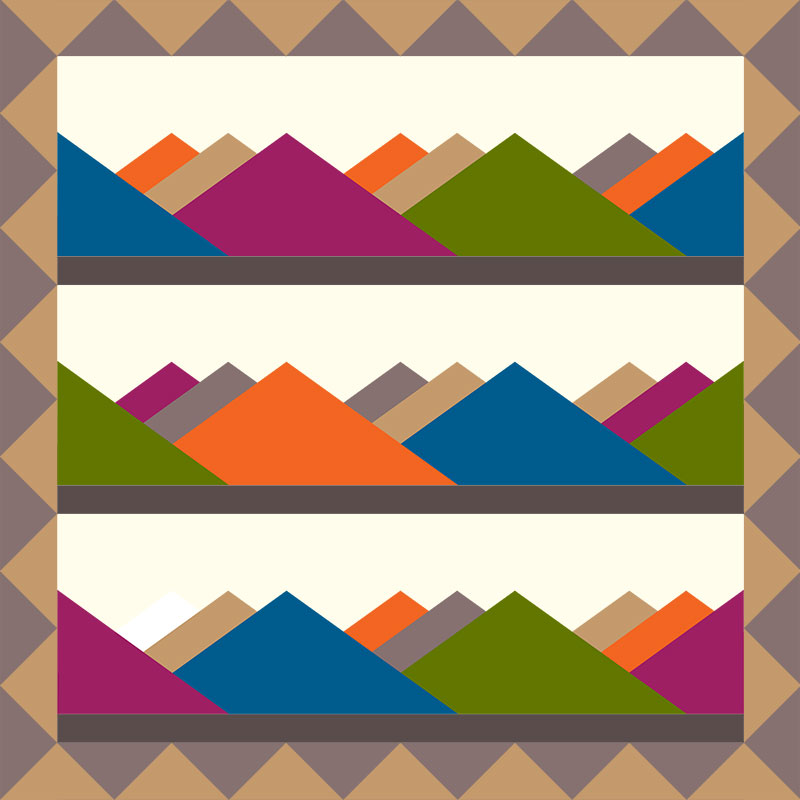 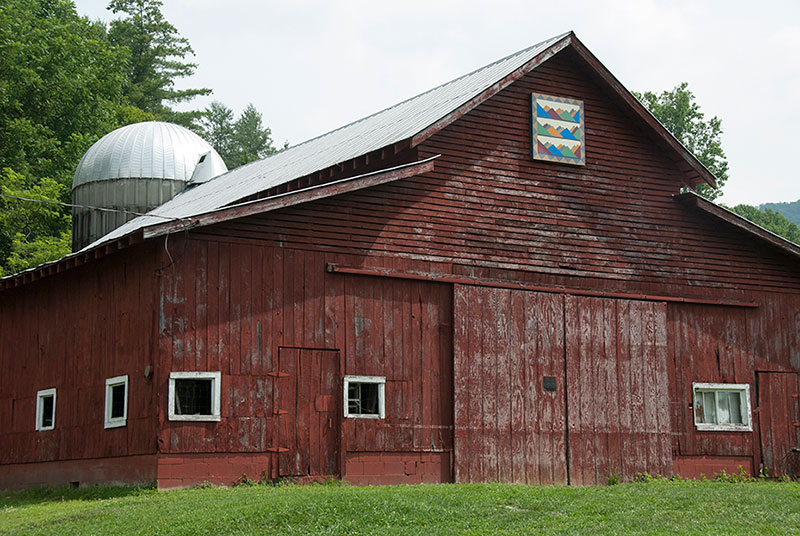 For many years the Oliver family owned hundreds of acres on East Alarka. In the early 1950s Mr. Ralph Wiggins purchased a tract of land previously owned by an Oliver family member. He built a big red barn, which became known as a landmark for the community. Upon his death, his wife established Red Barn Campground and began having square dancing every Saturday night. After her death, John & Freda Livingston purchased the property and established Smoky Mountain Meadows Campground. This barn still stands today looking out at the East Alarka Mountains, which we honor with our quilt square.